Try It New This Time: 10 Tips on How to Catapult Your Creative Self

When speaking with a client recently, she told me what an invigorating time she had had with friends one Saturday night when they spontaneously spent hours brainstorming an idea for a potential business.

For the first time, in a very long time, she felt her creative juices flowing. 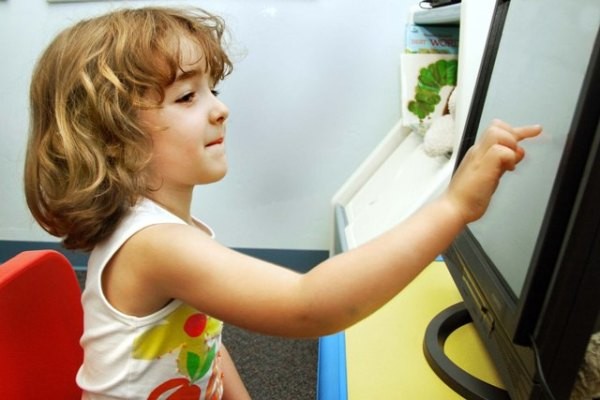 TRY IT NEW THIS TIME!

After thirty years of thinking about how to create her own business, Susan (not her real name) thought that this might be her golden opportunity.

She went to sleep feeling excited and hopeful.

But when Susan woke up the following morning, she was overwhelmed with anxiety. While sleeping, her unconscious voice had meticulously railroaded any shreds of self-confidence she had felt the night before; telling her all of the reasons why she would fail at this potentially new endeavor.

The birth of an idea that had filled her with hope and fueled her creative essence– only eight hours prior– had brought all of her old fears to the surface.

By the time we spoke, she was feeling so scared and confused that she was ripe for my input.

When there was a pause in the conversation after she told me what had happened, I quietly said “Try it new this time.”

There was a moment of silence and then Susan responded with “I like that.”

Once she hooked into that phrase, I knew she was on board and listening. It was then that we were able to go back to what had taken place–and what happens to so many of us when we risk ourselves and step out of our comfort zones. Even when it looks like you’re only taking small steps, the controlling, fearful self will seemingly leap out of no where and try to prevent you from making positive changes.

Over decades of working on myself, I’ve learned strategies that helps keep that negative voice under control when brainstorming, experimenting, exploring. and opening to possibilities.

1. When you’re  brainstorming, remind yourself that ALL you’re doing is opening up to new possibilities. Nothing more.

2. Set your intention to be playful. My hunch is that at least 95% of all people walk into any type of brainstorming session with a critical voice sitting on their shoulders just waiting for the opportunity to remind them of how inadequate they are. If you’re one of those folks, override that voice with the intent to just ‘play’. When you hear a nagging voice whispering in your ear, acknowledge it but then send it on its way and return to your intention. Remember — all you’re doing is having fun, exploring, and playing.

3. Let your imagination run wild. All ideas-from the absurd to the ridiculous- are most useful when ‘put them on the table’ with no fear of repercussions. As a matter of fact, one way to get over your fears is by saying some of your wildest thoughts out loud. The more you put yourself in situations where the critical voice has the opportunity to try to censor your ‘creative essence’, the more skillful you’ll become at resisting it.

4. Don’t get attached to any one idea. If you leave a  brainstorming session and are infused with excitement, terrific. The fun of any good brainstorming session is to let your creative muscles have a good workout. But this is the tricky part. If you immediately latch onto one idea as if this is the brass ring, you’ve set yourself up for lots of disappointment. Plus you’ve placed a tremendous amount of pressure on yourself to turn what may or may not be a fabulous idea into something concrete. That’s a sure recipe for disaster.

5. Use this is an opportunity to explore, research, and use your critical thinking skills. For example, with my client Susan, I suggested that she set aside one hour a day to begin to research and learn more about the business that she and her friends discussed. You can have a plethora of great ideas but without solid research, knowledge, and letting all of the information and feelings about them simmer inside of you over time, an idea will either fizzle or you’ll make a quick decision to do something concrete-often with disastrous results.

6. Be willing to live with ambivalence. You can sit on an idea for weeks, months, or even years without making a decision. An idea may be an outstanding one, but if it’s not the right time for you to pursue it, then tuck it away. How many times have you heard of writers or movie directors who worked on ideas for a decade or more- often shelving them for a period of time- before bringing them to fruition?

7. Listen to your instincts. If after a week or a month, the idea just doesn’t feel right, regardless of what logic tells you, then it’s not for you. Over they years, I’ve learned that the more I live from my heart and not from my head, the happier I am.

8. Don’t take yourself or your ideas seriously. Creative people will tell you that their crazy, non-workable ideas far outweigh those that have any merit to them. If after a day, a week, or a few months, you sit with your idea and think “Wow- this is one lousy idea. What was I thinking of?”, give yourself a pat on the back for being able to ‘let go’ and move on without knocking yourself.

9. Laugh and maintain a sense of humor. This is a huge plus regardless of what you’re doing in life. The looser and less stressed you are, the more likely you are to let playful, imaginative thoughts gurgle up from below the surface.

10. Try it new this time. I’m ending where I started. Sometimes it’s as simple as just trying something new that can bring surprising results. If your old ways of doing an activity or thinking a certain way continue to bring the same boring results, then try to do or think about it another way. Something as simple as running a different path on your daily run may open your imagination in ways that you never knew existed.

Now it’s your turn. Share strategies that you use to help catapult your creative self to explore, brainstorm, and live more creatively.