I originally wrote this post on Old Fashioned Home Remedies For The Garden for iVillage.com in 2003. Because it received such a great response and continues to have a large numbers of readers today, I have decided to re-publish it on my new Fran Sorin site. Unfortunately over the past several years, some blogs/websites have copied the article verbatim without giving me credit. I am noting this because I don’t want any of you to think that I lifted it from another site. Outside of some minor editing, the article remains the same as the original one.

Home Remedies For The Garden

“Are you tired of running to your local garden center every time one of your plants is overtaken by a new fungus or an infestation of insects? Are you sick of spending money on a produt that you aren’t even sure is effective, and that might be doing some harm to the environment, animals, beneficial insects, and your loved ones? But what are you to do?

I’ve got the answer. Use old fashioned home made remedies. Here’s a list – some of which have been passed down to me from generations of gardeners in my family and others that have been generously given to me from other gardeners. 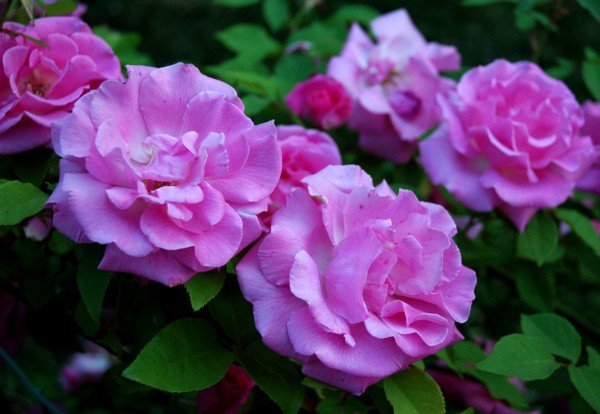 What I love most about old fashioned home remedies, outside of saving money, is that by using them with loving care, we are developing a nurturing relationship with our beloved plants.

Baking soda can be used to ward off black spot, a terrible fungus that usually hits roses by late Spring. The most effective recipe I’ve found is Cornell’s: 1Tblsp. of baking soda with 1 tsp. of dish washing detergent to 1 gallon of water.
Mix together and spray on roses early in the morning once a week until disease has disappeared.

Beer is an old time favorite for getting rid of slugs and snails. This is how you do it.
Place the beer (it doesn’t matter what brand) in either shallow pans or cut down some paper cups to 1” tall. The pests will crawl into the pans or cups and drown themselves.

Believe it or not, if you mix 1 cup of vegetable oil with 1 Tblsp. of dish washing liquid together and then take 1 Tblsp. of this concoction and mix it with 1 Cup of water, you’ve created a formula that gets rid of aphids. Aphids are  tiny insects that suck the sap from a plant, ultimately weakening it. If your leaves look curled and deformed, check under the leaves closely and you may find a colony of aphids.

I was told by a listener on my radio show that after trying several products that promised to get rid of moles, gophers and groundhogs, he planted jalapeno peppers within 4” of where these rodents were invading and voila…. they ran for cover after taking a taste of these hot veggies. I am going to try this advice but will divide the hot peppers in half when I plant them. I think he is on the right track because Hot Pepper Spray (a prepared organic spray) is  sold in garden centers for getting rid of rabbits, squirrels, moles, voles and groundhogs.

Castor Oil concoctions are sold in garden centers as a solution for keeping groundhogs and deers from invading your property. I would be tempted to go to a pharmacy or health food store and buy a bottle of castor oil, dilute with water and spray on affected areas to see if it works.

This is a good deterrent for ants who invade your garden or home. You can either saturate cotton balls or mix in a spray bottle with water and spray where needed. GRIT sprinkled in the garden is also supposed to be an effective way of killing off ants. 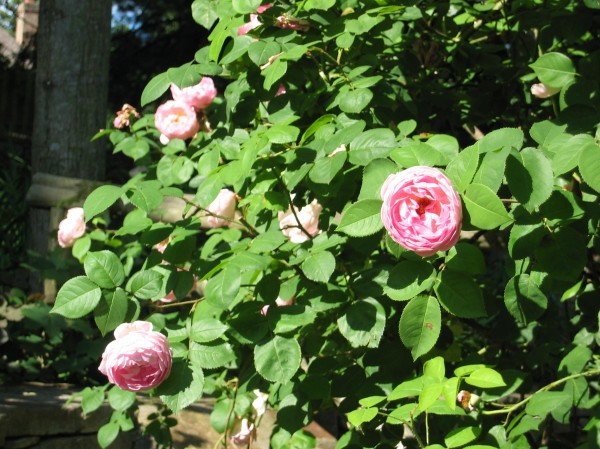 Vinegar has become the hot ‘organic’ way of killing weeds. Some people say that they are able to kill off weeds by just spraying household vinegar on them. Others say that you need to buy a higher concentration of vinegar in order for it to be effective. Check out organic vinegar solutions sold at your garden center to see what concentration of vinegar they are using. It wouldn’t hurt to add lemon juice to your homemade weed killing formula either. Word has it that the combo of vinegar and lemon juice is a real killer.

So you think that buttermilk is just a method for giving containers an aged look or  getting moss to grow? Well, think again. For those pesky mites, the teeny tiny, reddish insects that you can barely see with the naked eye but that can do tremendous damage to a plant in what seems like no time at all – causing yellow foliage and twisted leaf tips – here is a homemade formula that is sure to solve your mite problem: mix ½ Cup of buttermilk with 4 Cups of wheat flour and 5 gallons of water. Strain this mixture through a cheesecloth. Spray it onto the diseased plants. It will kill all of the mites and their eggs.

A mixture of 1 chopped garlic bulb and 1 Tblsp. of cayenne pepper steeped in 1 quart of water is how to create a mixture that will help keep cats and dogs out of the garden. Add 1 tsp. of liquid dish washing soap to help the mixture stick to the plant. Strain the portion of the mixture that you are going to use immediately and spray onto plant leaves. The remainder of this formula can stay fresh in the fridge for several weeks.

Cut up a bar of Irish Spring Soap and cut the end of an old pair of panty hose. Put the piece of soap in the panty hose and tie onto the trees and bushes where the deers have done damage. Before you know it, the deers will be gone. They can’t stand the smell of this soap.

Quite a few listeners from my radio show swear that the brand name “Sunlight Dish washing Liquid” is the one remedy that works 100% of the time on mites – those pesky insects that were mentioned earlier in the article. Mix 1 Tblsp. of the dish washing liquid with 1 gallon of water.

If you place 1 Tblsp of olive oil on any water surface, it will prevent mosquitoes from breeding there.

When in doubt, I go to my medicine cabinet and get out the old rubbing alcohol. Take a few cotton balls and rub on the infected area for such insects as: spider mites, aphids, slugs and white flies. It may take a few times before you successfully get rid of these pests, but eventually it does work. Rubbing alcohol is a must have for the garden.

In order to help keep cut flowers fresh for a longer period of time, add 1 Tblsp. of lemon juice and 1 Tblsp. of sugar to a container 2/3 filled with cool or tepid water.”

NOW IT’S YOUR TURN. Do you have any old fashioned home remedies for the garden to share?