How One Small Act Of Kindness Saved Lives: Giving Lipsticks To Women on The Brink of Death 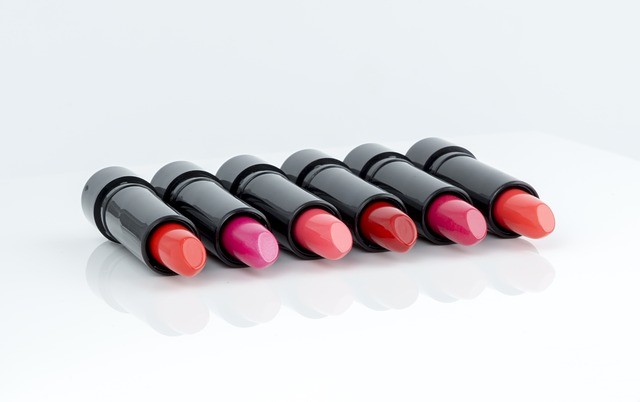 If I told you that one small act of kindness,  giving lipstick to women on the brink of death,  could help keep them alive, would you find it hard to believe?

And if I told you that this specific group of women was in the Bergen-Belsen concentration camp when the first British soldiers came to liberate them in 1945, would you think my claim even more ridiculous?

I don’t blame you. Because when I read the account of this story in Larry Dossey’s outstanding book, One Mind: How Our Individual Mind Is Part of A Greater Consciousness, my skin began to tingle, my heart started racing, and my eyes quickly read and re-read the passage several times to embrace the reality of his account.

Here’s what he wrote:

“When British troops liberated Bergen-Belsen concentration camp on April 15, 1945, they encountered 40,000 prisoners in 200 huts. They also discovered 10,000 bodies. The vast majority had died from typhus or starvation. The German guards, fearing infection, had refused to bury them, and the remaining skeletal prisoners lacked the strength to do so, so the bodies had been dumped in piles around the camp and left to rot.

The British soldiers were shocked beyond belief. They began to retch when they reached the wire, overcome by the stench of death. These hardened troops, who had fought the Nazis all cross Europe, cried like babies. But they went to work, bulldozing the corpses into a mass grace. Somewhere among them was young Anne Frank, who had recorded in her Amsterdam diary as early as 1942 that Jews were being abducted and gassed.

By April 28 everyone had been buried. Although 500 inmates continued to die every day, at least there were no more corpses lying about, which resulted in a boost in morale. Food was available, and nearly all the inmates had been deloused with DDT powder, their clothes fumigated, their bodies scrubber clean. Infected huts were being incinerated with flamethrowers.

Nicholas Best (who provided the above description) in his book, Five Days That Shook The World, described what happened next.

“Some genius had introduced lipstick to the camp. A large consignment had just arrived, enough for every woman at Belsen to paint her lips if she wished. Huge numbers did so, happily recalling that they had once been feminine and might be so again one day. Lipstick had turned out to be an enormous morale booster, making all the difference between life and death for some of the women in the camp.”

British Lieutenant Colonel Mervin W. Gonin, commander of the 11th Light Field Ambulance, R.A.M.C. was among the first British soldiers to liberate Bergen-Belsen in 1945. In his diary, he gave a more graphic description of the effect of the lipstick:

“It was shortly after the British Red Cross arrived, though it may have no connection, that a very large quantity of lipstick arrived. This was not at all what we men wanted, we were screaming for hundreds and thousands of other things and I don’t know who asked for lipstick. I wish so much that I could discover who did it, it was the action of genius, sheer unadulterated brilliance. I believe nothing did more for these internees than the lipstick. Women lay in bed with no sheets and no nightie but with scarlet red lips, you saw them wandering around about with nothing but a blanket over their shoulders, but with scarlet red lips. I saw a woman dead on the post mortem table and clutched in her hand was a piece of lipstick. At last someone had done something to make them individuals again, they were someone, no longer merely the number tatooed on their arm. At last they could taken an interest in their appearance. That lipstick started to give them back their humanity.”

Dossey goes on to question how one individual could possibly know that lipstick would infuse these women with the desire to live. He believes that it was that individual’s ability to identify so completely with these emaciated, starving, dying prisoners that he/she was able to come up with an idea that to most of us would seem ludicrous: but to that person, it was obvious. Dossey’s uses this account as a perfect example of what he calls a One-Mind event.

I’m sharing this story with you because I think that Larry Dossey’s book, One Mind, should be read by every one. It’s a work of genius.

But beyond that, there are 3 lessons I’ve learned from this story and want to share with you.

1. Follow you intuition. It’s the most important gift you can give yourself and others; and the only way to live a truly authentic and meaningful life.

Can you imagine what the response would have been in a brainstorming session about a list of supplies to be sent to concentration camp prisoners if someone had said ‘lipstick’?

Trust your heart. Sometimes it will be a home run. Other times you may strike out but who cares.

Listen to your inner voice. If you don’t conform to the rules of society because you’re afraid of being different, you’ll  experience a life of meaning.

Remember, you can only be true to yourself if you listen to your intuition!

2. Integrate small acts of kindness into your life every day. This story shows how one action of an individual literally saved dozens if not hundreds of peoples’ lives.

You don’t have to raise thousands of dollars for an organization. You don’t need to start a charity or become involved in some enormous act of generosity in order to make a difference.

Any act of kindness is an important one.

Examples are: opening the door for someone, smiling at a stranger, listening to others when they speak, or asking someone who is waiting on you at a store how they’re feeling.

Each of these acts have a much more powerful impact than most of us can imagine.

3. Become aware of and work through overcoming your own judgments.

The story of the Holocaust is becoming dimmer as the greatest generation is dying out. I know.

My Dad, who died 5 years ago at the age of 90, was a World War II vet and was in the the Battle of the Bulge; he and his peers were the last of a unique breed.

I grew up in a household with the slogan Never Again imprinted in my consciousness.

To this day, every time I see yet another beheading or act of cruelty, I take a deep breath and say to myself  ‘Never Again’.

It’s a reminder for me to be on the lookout and to work on my own judgmental pieces. All of us have them. The trick is to catch yourself in the act when they make an appearance.

And please, if you found this post meaningful, share with friends and through social media. As always, I appreciate your support. With love, Fran

P.S. I almost forgot to mention how I deeply honored I am that Larry Dossey wrote the Foreword for the  New Revised  Edition of Digging Deep: Unearthing Your Creative Roots Through Gardening. As far as I’m concerned, it’s brilliant! You can read it by clicking on the photo of the book here that says ‘Look Inside’.