Knowing When To Let Go

“Some of us think that holding on makes us strong. But sometimes it is letting go.”  Herman Hesse

Letting go is not an easy thing for me to do.

And of the idea that I can fix anything – no matter what.

This past week, my garden taught me once again that I still had plenty of work to do on

knowing when to let go. 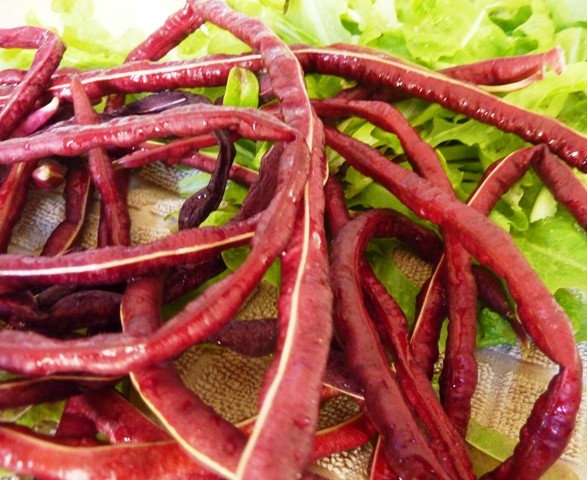 This is what happened.

I noticed some sprinklings of tiny black spider mites this summer on my tomatoes. No more than the size of a pinhead.

“No problem”, I thought. I’ve learned over decades of gardening not to panic at the first sighting of pesky insects.

I used my homemade remedy of soap and water to keep them at bay. Things seemed under control.

At least for the next three months.

My garden was in disarray  when I returned from California in late October after a month of being away,

Once again, no problem.

I cut back, pulled down, trashed, and cleaned up all of the debris.

My annual fall ritual of putting the garden to rest is always a satisfying one.

The cold weather is a time to take a breath, reflect, and begin to plan for next year’s garden.

By the end of the week though, I had a delightful surprise.

The warm weather had unexpectedly returned. Temperatures were soaring into the 80s.

Tendrils of dormant flowering vines woke up and began to wind their way up the arbors.

The glory of nature. I was going to get another harvest from my purple beans.

I shelled the beans from saved dried seed pods. And with anticipation burrowed them into the soil.

Sure enough- within a few days, the seeds had given birth to seedlings with delicate pairs of crisp green leaves.

Like Jack in the Beanstalk, they grew what seemed to be inches over night.

I could already envision majestic purple beans dripping lazily from the vine waiting to be picked, washed, chopped, and sauteed in olive oil with fresh garlic.

It was not to be.

When I went to  pick the first ripe beans later than week, I felt something sticky on my fingers.

I looked closely and saw hosts of mites that had converged on what was supposed to be a mainstay of  my famous sauteed vegetable dish for the next several weeks.

I was in a state of shock. Colonies of hundreds of them had landed on most of the leaves, vines, and flowers. They were unctuous and sucking the life out of my veggies.

After days of hosing them down with sharp sprays of water, followed with organic remedies that had worked for me in the past, the mites were unbeatable. They had settled in for good and were pro-creating like crazy.

I went to a hydroponic garden store and showed the owner a sample of an infested leaf.

He pointed to a bottle and said, ‘That’s the one you’ll need to use. It’s your last shot at getting rid of them’.

I looked at him, already knowing the answer and whispered “Organic?”

His reply – “No, but it doesn’t matter. The chemicals will wash off in a few days.”

I stood still. Then walked over to the box, ready to buy it, rush home, and vanquish those bean vampires.

I stopped dead in my tracks.

I knew that using chemicals would be stepping over a line that I didn’t want to cross.

I walked out the door empty handed.

I came home, pulled out all of the beans and cut the vines back hard.

I heard my inner voice saying:  “Thank you my dear garden (and mites) for teaching me another important lesson –

knowing when to let go.”

I came indoors, cleaned my pruners, made a cup of steaming tea, and had a good laugh.

NOW IT’S YOUR TURN. Please share your personal stories about knowing when to let go of control.