50 Inspirational Quotes About Play That Will Jump Start Your Creativity

1. The creation of something new is not accomplished by the intellect but by 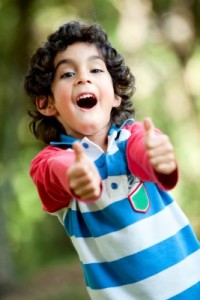 the play instinct acting from inner necessity. The creative  mind plays with the objects it loves. Carl Jung

3. My childhood may be over, but that doesn’t mean playtime is. Ron Olson

4. It’s better to play than do nothing. Confucious

5. Each player must accept the cards life deals him or her: but once they are in hand, he or she alone must decide how to play the cards in order to win the game. Voltaire

6. Play is the only way the highest intelligence of humankind can unfold. Joseph Chilton Pearce

7. A person’s maturity consists in having found again the seriousness one had as a child, at play. Frederic Nietsche

8. Always jump in the puddles! Always skip alongside the flowers. The only fights worth fighting are the pillow and food varieties. Terri Guillemets

9. I still get wildly enthusiastic about little things… I play with leaves. I skip down the street and run against the wind. Leo F. Buscaglia

11. Play the game for more than you can afford to lose… only then will you learn the game. Winston Churchill

12. Whoever wants to understand much must play much. Gottfried Benn

14. Some day you will be old enough to start reading fairy tales again. C.S. Lewis

15. I want to giggle myself to sleep each night and jump on the fluffy, comforting pillows of faith. Terri Guillemets

17. There are children playing in the streets who could solve some of my top problems in physics, because they have modes of sensory perception that I lost long ago. J. Robert Oppenheimer

18. The essence of childhood, of course, is play, which my friends and I did endlessly on streets that we reluctantly shared with traffic. Bill Cosby

19. When you play, play hard; when you work, don’t play at all. Theodore Roosevelt

20. Work and play are words used to describe the same thing under differing conditions. Mark Twain

21. You’ve achieved success in your field when you don’t know whether what you’re doing is work or play. Warren Beatty

22. If I get to pick what I want to do, then it’s play…if someone else tells me that I have to do it, then it’s work. Patricia Nourot

23. The true object of all human life is play. Earth is a task garden; heaven is a playground. G. K. Chesterton

24. Play keeps us vital and alive. It gives us an enthusiasm for life that is irreplaceable. Without it, life just doesn’t taste good. Lucia Capocchione

25. Necessity may be the mother of invention, but play is certainly the father. Roger von Oech

26. Man is most nearly himself when he achieves the seriousness of a child at play. Heraclitus

27. If you aren’t playing well, the game isn’t as much fun. When that happens I tell myself just to go out and play as I did when I was a kid. Thomas Watson, Sr.

28. You can discover more about a person in an hour of play than in a year of conversation. Plato

29. And forget not that the earth delights to feel your bare feet and the winds long to play with your hair. Kahlil Gibran

30. Be glad of life because it gives you the chance to love and to work and to play and to look up at the stars. Henry Van Dyke

33. All work and no play makes Jack a dull boy. Proverb

34. You have to learn the rules of the game. And then you have to play better than anyone else.  Albert Einstein

35. Children need the freedom and time to play. Play is not a luxury. Play is a necessity. Kay Redfield Jamison

36. The creation of something new is not accomplished by the intellect but by the play instinct. Carl Jung

38. Those who play rarely become brittle in the face of stress or lose the healing capacity for humor.  Stuart Brown, MD

39. In every real man a child is hidden that wants to play. Friedrich Nietzsche

40. If you want to be creative, stay in part a child, with the creativity and invention that characterizes children before they are deformed by adult society. Jean Piaget

43. It is a happy talent to know how to play. Ralph Waldo Emerson

44. When childhood dies, its corpses are called adults and they enter society, one of the politer names of hell. That is why we dread children, even if we love them, they show us the state of our decay. Brian Aldiss

45. A man is getting old when he walks around a puddle instead of through it. R.C. Ferguson

46. If you want to be creative, stay in part a child, with the creativity and invention that characterizes children before they are deformed by adult society. Jean Piaget

47. What we play is life. Louis Armstrong

48. Play, intrinsically rewarding, doesn’t cost anything; as soon as you put a price on it, it becomes, to some extent, not play. Stephen Nachmanovitch

49. Play provides a continuation desire. We desire to keep doing it, and the pleasure of the experience drives that desire. We find ways to keep it going.  Stuart Brown

50. Play has been man’s most useful preoccupation. Frank Capra

Now it’s your turn. If you have any inspirational quotes that you want to share with us, we would love to see them.