How To Connect Deeply With Nature – Green Burial

I’ve spent the last two and a half months in Philadelphia –  helping my Dad transition from living totally on his own to having someone come into his home daily to help out with errands, cooking, etc. I listened to him speak more about death on this trip than I have my entire life time.

So when I received a reminder about screening a documentary on green burial late last week, my first reaction was ‘Really? I’m absolutely exhausted, am jammed up with work, and do I really want to watch a documentary on death?’

Something told me to make the time to view it. And boy am I glad I did. I don’t remember ever so highly recommending a documentary. A Will for the Woods is a powerful testimonial for why you should seriously consider green burial.

I urge you to watch this short snippet and see when it will be coming to a theatre near you. And if it isn’t, think about hosting a viewing in your home. It has the power to change the way you view death and your connection to nature.

“What if our last act could be a gift to the planet? Musician, psychiatrist, and folk dancer Clark Wang prepares for his own green burial in this immersive documentary.

While battling lymphoma, Clark has discovered a burgeoning movement that uses burial to conserve and restore natural areas, forgoing contemporary funeral practices that operate at the ecosystem’s expense. Boldly facing his mortality, Clark and his partner Jane have become passionate about green burial, compelled by both the environmental benefits and the idea that one can remain within the cycle of life, rather than being cut off from it. The spirited pair have inspired a compassionate local cemeterian, and together they aim to use green burial to save a North Carolina woods from being clear-cut.

Making the most of the time that he has, Clark finds joy in his music and dance, connection with his friends and family, and great comfort in the knowledge that his death, whenever it happens, will be a force for regeneration. The film follows Clark’s dream of leaving a loving, permanent legacy, and environmentalism takes on a deeply human intimacy.

Documenting one community’s role in the genesis of a revolutionary movement, A Will for the Woods draws the viewer into a life-affirming portrait of people embracing their connection to each other and to timeless natural cycles.”

Green burial is a simple and natural alternative to resource-intensive contemporary burial or cremation. The deceased is laid to rest in the earth​​ using​ only biodegradable materials​ ​and ​without a vault​ or toxic embalming, in a woodland or other natural setting, often with a fieldstone or indigenous plant marking the grave. ​This practice can be used as a conservation tool, enabling the acquisition, restoration, and stewardship of natural areas. Simple natural burials were prevalent for thousands of years (and still are in many​ parts of the world, including in traditional Muslim and Jewish burials) before the contemporary funeral industry propagated the standard of expensive and elaborate funerals divorced from natural processes. 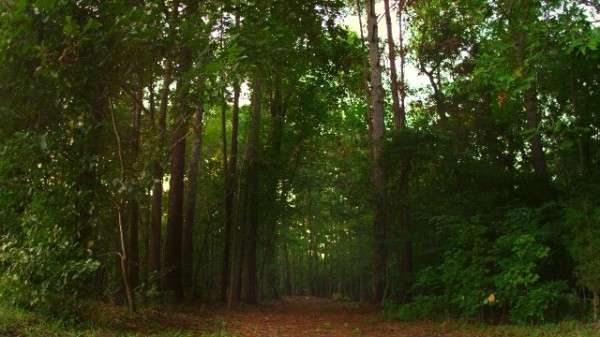 A Will for the Woods- a documentary on green burial

“[One of] Nine documentaries that you need to see this year … which no documentary fan should miss…Has the potential to affect not just individual viewers but the American way of death.”
– Marianna Torgovnick, TED Blog

Psychiatrist and musician Clark Wang advocates for green burial – and prepares for his own – while living with a serious illness. Set amid the genesis of a social and environmental movement, A WILL FOR THE WOODS draws the viewer into a life-affirming portrait of people embracing their connection to timeless natural cycles.

Now it’s your turn. If you thought about how you want to be buried–and what your thoughts are on green burial?